Created on March 3, 2007, Nokouémedia was first and foremost an audiovisual production company before expanding into three other major departments, including training and press publishing, Broadcast Engineering and media strategies. In the legal form of a liability company, the production company has operated since its inception by co-producing several unitary works and documentary series, some of which are broadcast in Africa and Europe. His latest film, supported by Wallonia Image Production of Belgium, co-produced by Antenne Center Télévision and directed by Kinoss Dossou, was bought by TV5Monde. For its other departments including Broadcast, the company equips the audiovisual media public and private service while ensuring the archiving and implementation of specifications for the execution of missions. The training department allows Nokouemedia to be frequently requested to ensure the updating of media teams and facilitate the integration of new production techniques adapted to new media. The department in charge of communication and media strategies has often defined and ensured the media and digital strategy for various companies thanks to the very high quality expertise of team members as well as employees on three continents.

Created on March 3rd, 2007, Nokouémedia was initially a house of audio-visual productions before extending its activities in three other big departments including the formation and the edition of press, the Broadcast Engineering and the media strategies …

Your Project with us 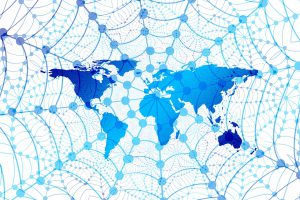